One of the most frequently asked questions we get is probably the following: what is the best season to catch a tuna? Or, when are we certainly going to catch a big fish? Unfortunately (and at the same time luckily) certainties don't really exist in fishing, but we'll try and give an honest and accurate description of what species will be around at certain times of the year. 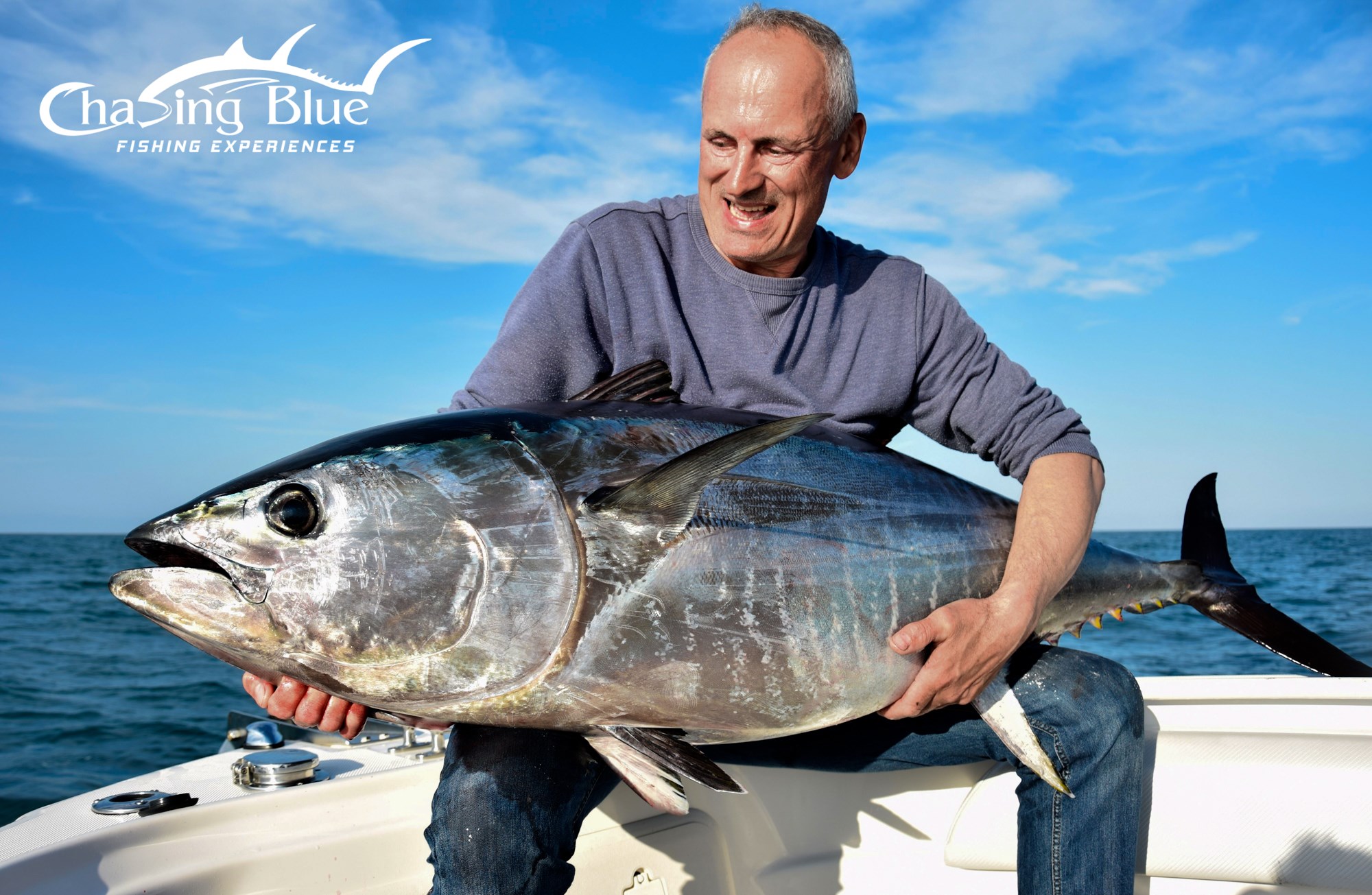 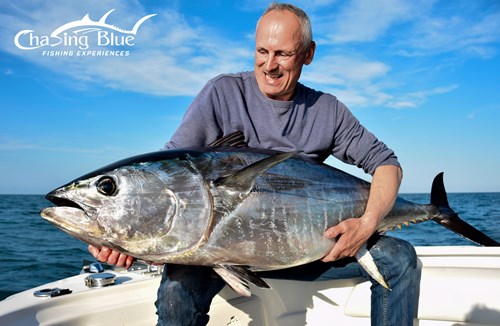 Bluefin tuna (thynnus thynnus): One of the most prestigious, desired and hard fighting game fish in the world. Once you hooked one on a spinning rod you'll immediately be hooked for life. Present all year round, but the best months to encounter shoals feeding in the surface are March, April and May (pre-spawning) and second half of July, August, September and October. 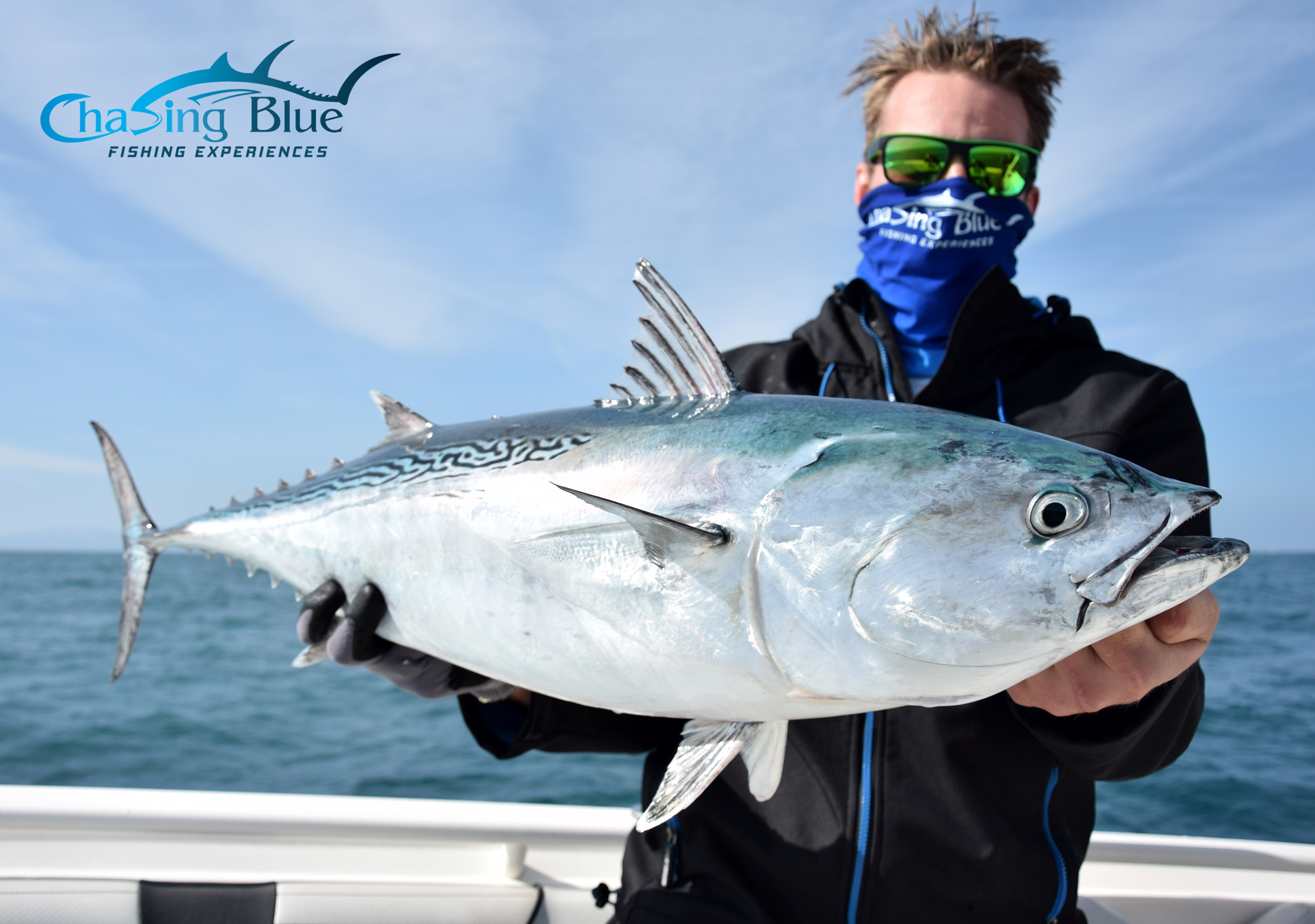 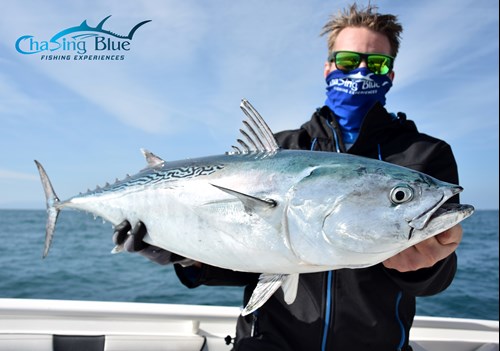 Little tunny/false albacore (euthynnus alletteratus): Was seen as a by-catch while fishing for bluefin tuna back in the days, but can effectively be targeted with lighter gear. The intensity of the feeding shoals can be described as 'football pitch-sized washing machines' and with an average weight of over 12 kilos, one of the smallest species of tunas is actually not that little.  Present from April till October. 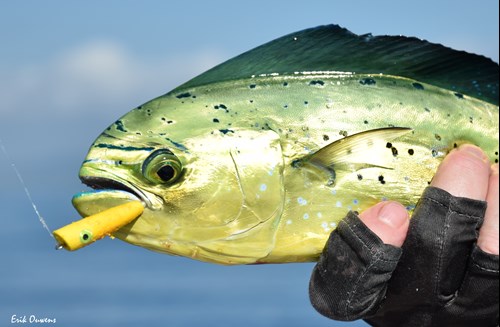 Mahi mahi/dolphin fish/dorado (coryphaena hippurus): One of the fastest growing fish on the planet. Present from August till November and often found around weed beds and floating debris, catches of a hundred fish a day are not uncommon and can be great fun on light spinning or fly gear.
In August the majority of the fish will be around forty five centimetres long with the occasional biggy, at the end of September they can already be as big as one metre. Known for their acrobatic jumps while hooked and surface breaking chases after your lure, the green-yellow fellas will make your day. 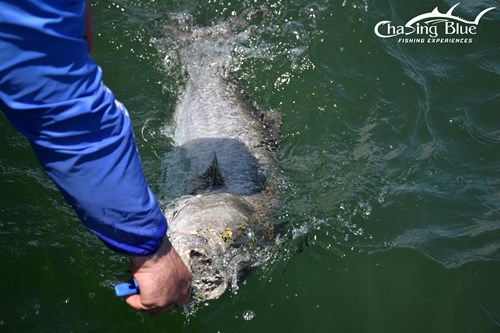 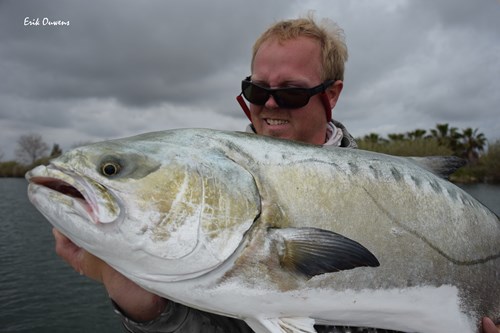 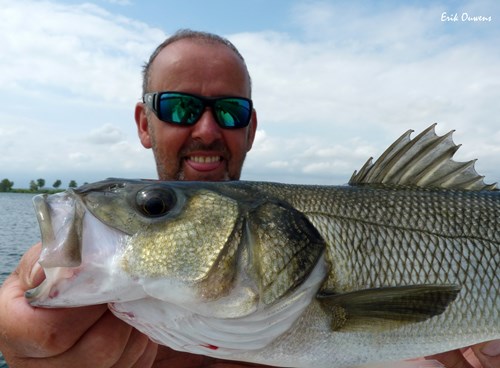 Bass (dicentrarchus labrax): can be found pretty much year round, with peak season in the winter. Mostly encountered around the Delta, but good sized fish can be found on the wrecks as well. 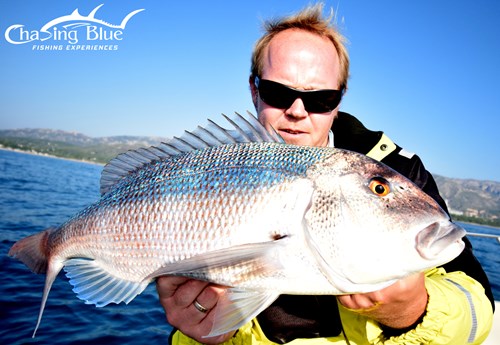 Dentex (dentex dentex): our trophy on the slow jig. This mean looking bream can reach weights over ten kilos. Present all year round, best periods in October, November, April and May.

Others species that we encounter are:

Atlantic bonito (sarda sarda): One of our favourite light tackle summer residents. They arrive in June and stay all through December. Not to confuse with the little tunny, which is called bonito almost anywhere in the world but here.

Common pandora (pagellus erythrinus): Present from March till November, this species of bream is a common catch while slow jigging. Size and weight varies from twenty centimetres to three kilos.

Mediterranean horse mackerel/common scad (trachurus mediterraneus): can be found all year round on the wrecks and reefs, but the summer residents arrive in June. Often found in shallower water this, for its size, hard fighter can reach sizes up to sixty centimetres.

Erik is an extremely experienced guide who always has his guests' interests in mind. With his in-depth knowledge on a wide range of fishing methods he is able to cater for everyone's needs and wishes. Most importantly Erik is a cheerful chap with a professional approach to business. A joy to deal with.

Connect with us directly.

For quick answers and quotations, you can WhatsApp-call or message Erik at +34722421933. We speak English, Dutch, German and Spanish. For reservations, bookings or questions via e-mail, click on the blue GET IN TOUCH button.